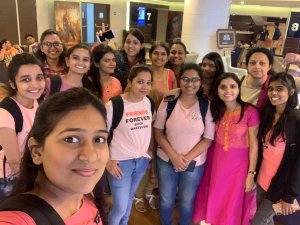 About a couple of weeks back, #AirIndia reported their longest commercial flight in the world from San Francisco to Bengaluru, covering a distance of 13,993 km non-stop over the #northpole.

The #flight was manned by (Shall I say womanned by ?) an all #woman crew consisting of Captain Zoya Aggarwal, Captain Papagari Thanmai, Captain Akansha Sonaware, and Captain Shivani Manhas.

And I was not surprised that it was an all-woman crew. Women in India have claimed many such achievements in the past several times before, dating back thousands of years. Gargi, Maitreyi, and Lopamudra are familiar names from Vedic times.

#CoreView Recognizes this fact very well. When I looked at the number of women employees in CoreView it has always surpassed the number of men.

We are an #equalopportunity employer and always look at our team members without a bias to gender, age, race, or religion. Only what matters is your #ability to perform the desired function.

Do you agree with me?

SQL and NoSQL are like Tom and Jerry - always fighting... read more

In the last article, we analyzed the concept of key-value stores. Moving... read more

The myth of planning: why objectives are more important than tasks

“It has become impossible to plan anything. Things are changing rapidly; every... read more

The evolution of data in the insurance industry

The insurance industry has always relied on historical data to assess... read more

“The need for empathy towards the buyer is huge. It’s a differentiator…” -Doug... read more

Sensors, controllers, gateways, MQTT, AMQP… all these buzzwords welcome you to... read more

Dealing with office workload during vacation

“There is so much work pending, and my family has planned for... read more

We are entering the age of live connectivity

It was a #Monday morning, and I was looking forward to another week... read more