What makes Node.js so popular among developers and companies

What makes Node.js so popular among developers and companies

Vinay Muley2022-06-29T10:28:38+00:00
By Vinay Muley Articles #nodejs #development #webdevelopment #softwaredevelopment Comments Off on What makes Node.js so popular among developers and companies 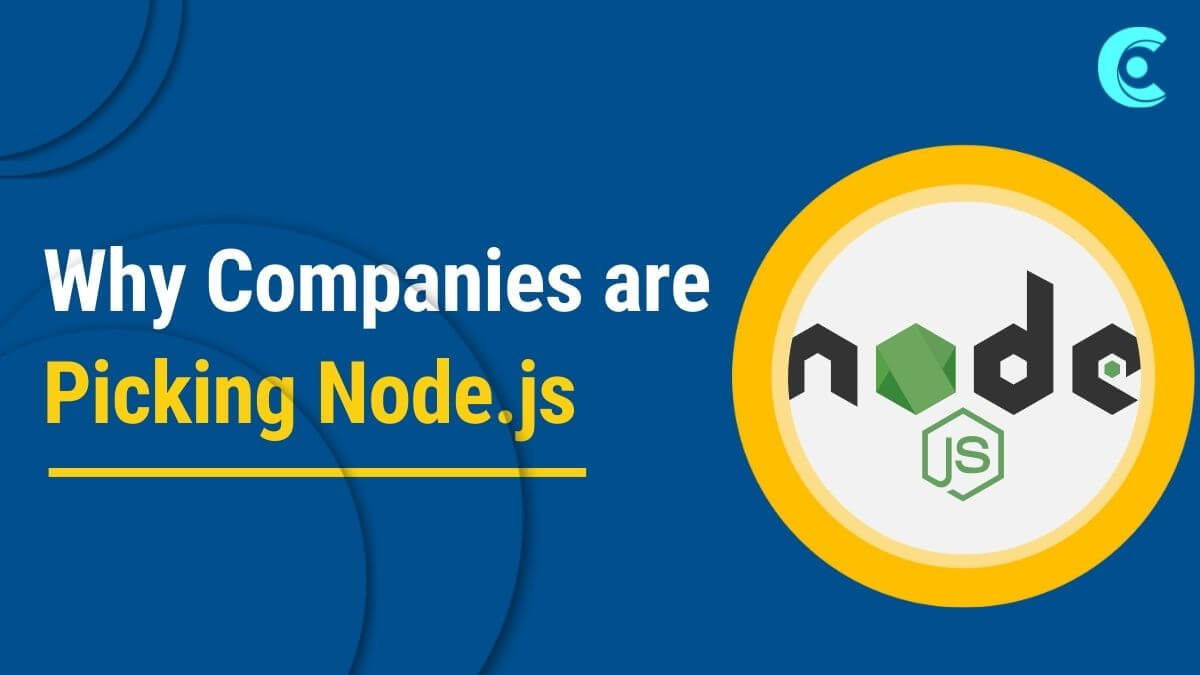 Node.js is a runtime environment that lets us create server-side scripts and command-line tools based on the V8 engine of Google Chrome. Neither is a framework nor a library. JavaScript, previously reserved for front-end development, can now be used on the backend thanks to Node.js. Each request is handled on a single thread through Node.js. Through it, it can access databases or the file system, perform network activities, and handle multiple connections simultaneously. A node never waits for resources between requests; instead, it sets up a callback and is ready for the next one right away.

Under the hood, Node.js depends on a variety of dependencies to provide a range of functionalities. zlib, V8, libuv, llhttp, c-ares, and openssl. The JavaScript engine, or V8, is responsible for parsing and running JavaScript code. The javascript engine is also browser-independent. libuv is a C library that is used to abstract non-blocking I/O operations. It manages file systems, networks, streaming, etc. A lightweight TypeScript and C library called llhttp is used to parse HTTP. c-ares is a C library for asynchronous DNS requests. Modules for tls and cryptography frequently use OpenSSL. It offers tested implementations of numerous cryptographic operations that the contemporary web depends on for security. Zlib is used by Node.js to build sync, async, and streaming compression and decompression APIs.

Node.js comes with built-in libraries like fs, os, HTTP, HTTPS, crypto, etc. that may be used to establish servers, access file systems, access cryptographic functions, and much more. Along with a large selection of libraries in the npm registry and built-in modules, it also has a vibrant community and makes life easier for many developers. Due to its compatibility with Windows, macOS, and Linux, Node.js is cross-platform. Many users might use Windows or Mac OS while deploying to Linux servers. Due to widespread support among hosting providers, deployment is also simpler.

In many firms’ backend stacks, Node.js is used extensively by developers, startups, and business owners. Node.js stands out from the crowd and is the industry leader when compared to other languages since it is dependable, quick, and affordable. Numerous businesses employ Node.js, and they report that it performs far better than their previous IT stack. It can serve as a backend for real-time applications, data streaming, API services, etc. Additionally, it is easy and quick to establish integrations with third-party APIs.

What are the factors that lead developers and businesses to choose Node.js?

“Makarand, This is getting too much work! This is just a first... read more

It’s been a couple of years, the pandemic is around; disrupting... read more

Since the beginning of my career, I have always worked very... read more

“The need for empathy towards the buyer is huge. It’s a differentiator…” -Doug... read more

"The Journey is the Destination"... I could not find the Zen... read more

Sensors, controllers, gateways, MQTT, AMQP… all these buzzwords welcome you to... read more

It's a busy day in the office, business-as-usual. The customer is... read more

This year was special as we completed ten years as CoreView.... read more

Insurtech must be taken seriously

Insurers to choose the right AI strategy for LIBOR transition